Register here to attend for free

The 2nd Edition MENA Cybersecurity Virtual Conference two-day 100% online program which will focus on emerging technologies and the global best practices that dominate the digital world. Focused on gathering a pre-qualified assembly of the top CIOs, CISOs, CTOs, CEOs, IT Director, Security Decision Makers, Experts in Cloud Computing and Cybersecurity who wish to stay ahead of competition.

The summit will host more than 20 speakers and attract over 100+ conference delegates to exchange ideas around best practices on a variety of strategic and operational topics on Cybersecurity development, SCADA and OT security, IT transformation and security, role of disruptive technologies, and future skill development in the cyber space. Businesses in the Middle East are always advancing their knowledge-based economy and creating a sustainable and prosperous future for its citizens by providing automation of functions, state of the art technologies, and a unified platform that is economically profitable with advanced security and enhancing the user experience.

Determining the Power of Predictive Security

Predictions: Looking ahead of 2023 and Beyond

Cybersecurity in the era of 5G

Opportunity to learn from the global leaders in cyber security on the best practices to achieve cyber resilience in the fast-paced digital world. Connect with world class solution providers about their solutions and advanced level cyber defence options.

In today’s world with emerging technologies and new innovations has brought the technology industry towards huge transformational change. Be among the first to adapt technology use-cases presented by the pioneers in the field of cyber security.

This unique platform provides opportunities in terms of presentations, knowledge sharing sessions, and use-case studies by global thought leaders with their primary focused helping business and organizations to adapt next level of cyber security solutions.

Share and exchange your ideas by brainstorming with some of the thoughtful leaders in cyber security space. Our panel discussions include senior technology leaders and experienced seasoned professionals with an aim to breach the knowledge gap between the cyber security and organizations.

Get involved with in-depth discussions with top-class solution providers and secure your businesses by sharing your specific requirements and challenges directly with the consultants.

Network and consult with the experts across industry sectors at the designated spaces assigned focusing on personal attention and query redressal. 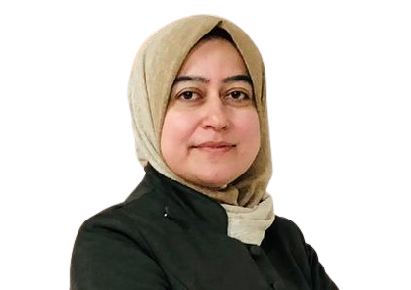 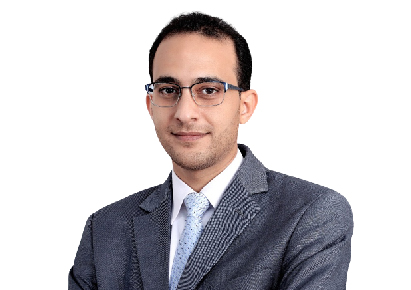 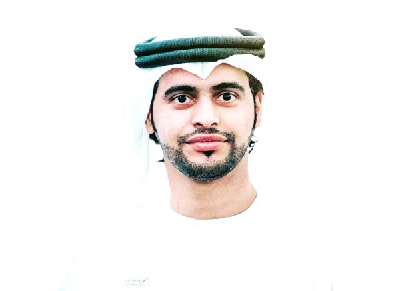 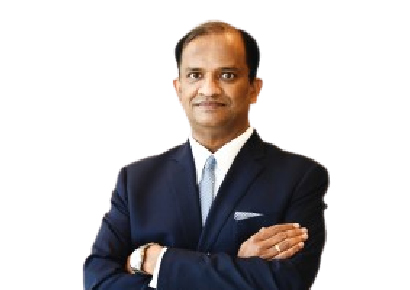 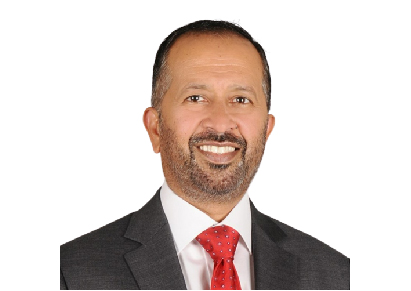 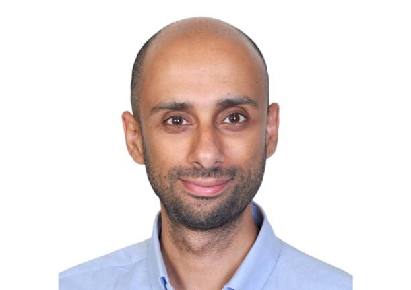 Manager of Cybersecurity Unite, Ministry of Health and Population - Egypt 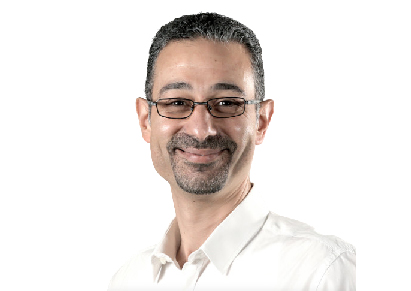 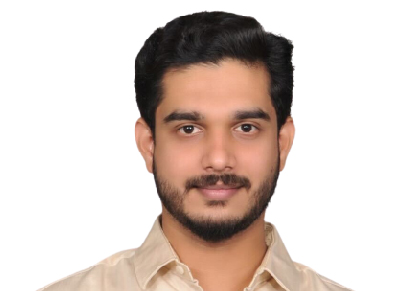 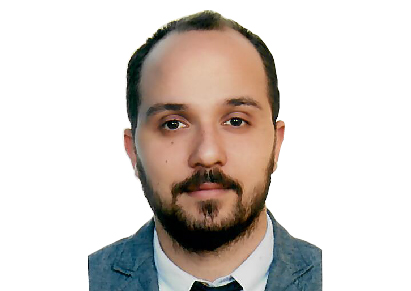 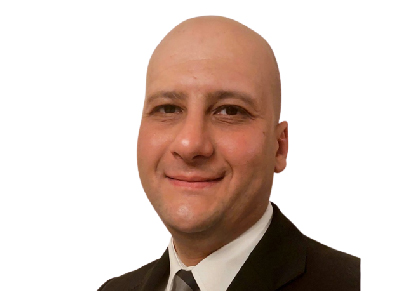 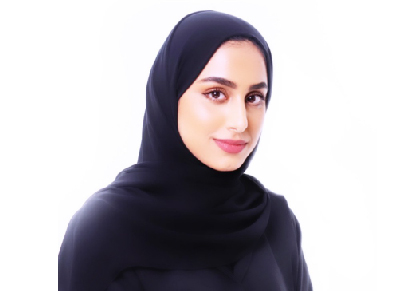 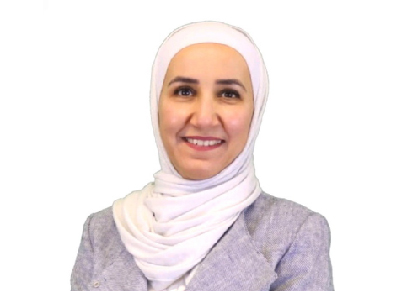 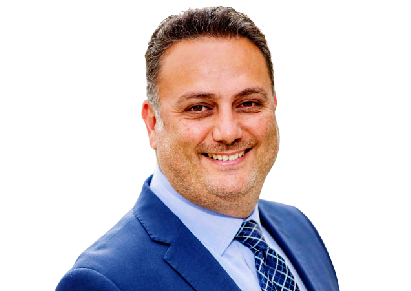 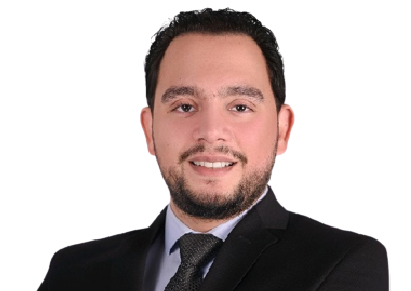 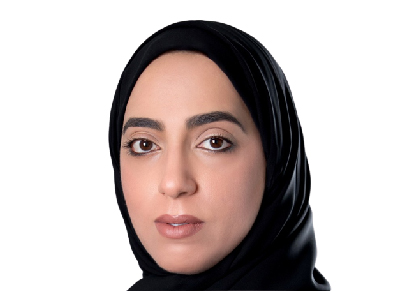 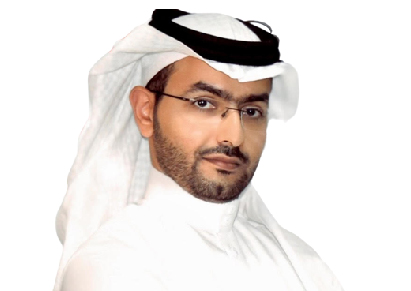 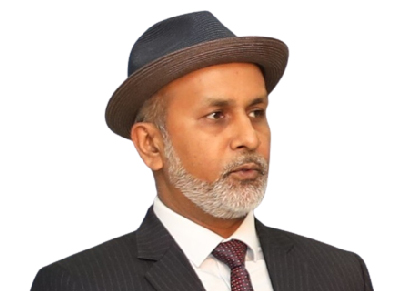 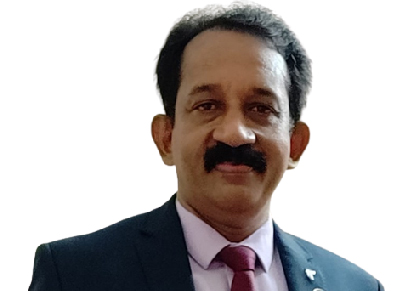 Digital Trust is my mission. My role is to deliver secure Digital Transformation in the national projects of Jordan. Managing the security from strategic to operational level. Risk Management and Security Infrastructure Planning. Managing national security projects like the establishment of first National Cyber Security Center in Jordan and national Identity management platform. In addition to designing security controls in digital transformation projects like PKI, e-services, Hybrid Cloud and national government cloud and digital signature. Managing and implementing DevSecOps concepts and practices in my workplace and Coordinating relationships with third parties from both the public and Private sector. I also lead the efforts to get ISO27001 certificate for the E-government data center of Jordan.

Dr. Ebrahim Al Alkeem Ebrahim Al Zaabi holds a Ph.D. in engineering from Khalifa University with a specialization in Artificial intelligence and Cybersecurity. He has also been published in some of the most prestigious journals in the world and has some of the worldwide recognized security certificates. He has been an expert speaker and panel member in security events and summits.

Mr. Jacob Mathew is an executive Head of IT with more than 20 years of Middle East work experience in delivering innovative, high quality, and responsive technology-based solutions and have the following key strengths:

He has worked and consulted in Financial Services, Education, Government, Oil and Gas, and IT sectors.  His key expertise lies in IT Governance; Strategy; Centralising and management of IT function across multiple countries; Migration to Cloud technologies and cloud-based solutions; Cyber Security; Project Management; Setup and management of IT Shared Services and Disaster Recovery.

Ahmed’s career encompasses over 23 years of proficiency in Top IT Management within multicultural regions. Currently being a “Group IT Director” in Wadi Group; Ahmed was a “General Manager” for the “Planning and Program Management Division” in TE Data; started as a “Division Manager” for the “Billing Operations and Application Development” since 2009, then a “General Manager” in “Program Management and Application Support Division” since 2011, prior to his last post in TE Data.

Ahmed is a candidate for the Doctoral Degree in Business Administration from Maastricht School of Management (MsM) based in Netherland (2nd globally ranked business doctoral degree, DBAStudies.com 2013). He is an MBA holder from Ecole Supérieure Libre des Sciences Commercials Appliquées (ESLSCA), France, 2011. Ahmed received a diploma in Software Skills and Systems Development from Information Technology Institute (ITI), Egypt, 1998. He received his Bachelor Degree of Engineering with a minor in Communications from the Alexandria University in 1997. Along both Academic and professional career paths, Ahmed has invested on a broad range of professional skills as Strategic Planning, Change Management, Performance Planning and Management, Total Quality Management. As well as investing on work experience in different business fields such as Telecom, Pharmaceuticals, Manufacturing, Food, Automotive, Governments, and Distribution Industries across diversified Arab countries (Egypt, North Africa, Gulf, and Levant).

Haran Kumar is a Senior Solutions Architect in the Global Security Specialist Group at Elastic. He is a passionate security professional with extensive experience in SOC architecture and security operations. Prior to joining Elastic, Haran was part of a global security operation centre across multiple industries, including aviation.

At Elastic, Haran assists with projects and prospects across the EMEA region in architecting security solutions with Elastic stack and other security best practices. This includes solution design, development, integration, platform architecture and capacity planning in mission-critical environments. Haran welcomes any opportunity to share his security expertise with Elastic partners via blogs, webinars and workshops.

Mr. Elie Zeidan received his Engineering Degree in Communication and Computer from the Lebanese University and pursued his Masters’ Degree in Systems and Networks Security at Saint Joseph University of Beirut. He has over 9 years of experience in information system security consultancy and evaluation; strong technical expertise in threat intelligence, malware analysis, digital forensics and advanced penetration testing. He is currently the managing partner of Thidesoft, member of potech group, a Cybersecurity Technology Vendor headquartered in Paris with the mission to provide an arsenal of 360° cyber defense tools. Moreover, he is currently an instructor at Saint Joseph University of Beirut, focusing on topics related to information security and ethical hacking.

Shamma Bin Hammad comes with a strong background in Information Security and Forensics. Her areas of expertise lie in developing a solid understanding of services and delivery methodologies, reviewing and update cybersecurity policies and procedures to ensure compliance with current standards, process, policy, procedure and standard development and design.

Digital Transformation | Data | Cybersecurity | Public Policies & Strategies Expert, she has more than 16 years of experience in public and private organizations related to Digital transformation, Data and Cybersecurity sector in Jordan.

From academic perspective, she has a bachelor’s degree in computer engineering from Balqa Applied University. She obtained a certificate for the Enterprise Architecture of e-government from Songsil University in Seoul – Republic of South Korea in 2017. In addition, she got a certificate of Entrepreneurs Ecosystem from The Hague Academy for Local Governance in Netherland in 2020.

Eng. Nada participated in the development of digital transformation strategy and its executive plan for 2021-2025. In addition, she has led and built digital policies in Jordan that cover a wide range of modern digital technologies including Artificial Intelligence Policy for Jordan 2020, Cloud Computing Policy for Jordan 2020, Jordanian policy for e-participation 2021, Government Data Classification and Management Policy 2020, Open Government Data Policy in 2017.‎ ‎

In addition, Eng. Nada participated in the developing and issuance of National ‎Cybersecurity Strategy 2018-2023, Cybersecurity policies framework 2019, and recently Jordan’s Cybersecurity Law in 2019. Furthermore, Nada won the Women’s Award for Cyber Security Consultants in the Middle East for the year 2021, and she listed as one of the “Top Influencers in Security & Fire” for 2022 in the cybersecurity field worldwide from IFSEC Global – Security & fire safety news..

George Akhras is the CIO of AMSI, a collaboration of academicians and educators who bring together a wealth of experience and international expertise. Providing high quality education, AMSI manages the Al Mawakeb schools and the International School of Arts and Sciences (ISAS) in Dubai, in addition to a number of schools in the UAE and the region.

George has over 25 years of experience in ICT planning, network and system design and administration, e-learning software development and streamlining of academic and business processes. During this time, he directed and managed several innovative and award-winning projects that integrated the latest information and communication technologies into the traditional school environment.  An educator at heart, his passion for the educational industry and its betterment is reflected best with him serving on the advisory board of reputable universities in the UAE.

In 2018, he led the AMSI Digital Credentials initiative – the latest digital transformation applying Blockchain technology for the issuance, management and exchange of students’ certificates and diplomas.  In response to the COVID-19 pandemic, George accelerated the ICT transformation in AMSI schools and focused on integrating a virtual classroom plug-in to the existing Learning Management System to optimize the online academic delivery and incorporate the “traditional” school routines into the Distance Learning environment.

Ahmed Afifi is a cyber security consultant with over nine years of experience in Cyber Security in the Banking and Telecom sectors. He has been working in many domains such as Threat Intelligence, Vulnerability management, Data Security, security architecture design, Risk Management, Security auditing, security awareness, and Security compliance. Ahmed was awarded the “Think Agile” award across Vodafone Group 2020 and CISO rising star award 2019 during the Arab security conference. Furthermore, he is certified with CRISC, CISM, ISO 27K LA, CTIA, CEH, digital windows forensics, and malware analysis

I have consulted both to government and private entities and my global exposure has given me a wealth of experience in the areas of Security Management. My work with international consultants gave me the opportunity to be exposed to best practises and world class consulting practises. I was a consultant to the teams who performed the IT Security assessments and Penetration tests for various entities and the recommendations were implemented and resulted in better Security Management practices and I ensured that the company achieved ISO 27001 certificate.

My passion and commitment to grow my career is rooted in my drive to excel in everything that I endeavour to do.

During the last 15 years his focus was developing and securing cyber security management programs for industrial control systems environments. That included developing and evaluating technologies, building policies, and work force development.  Written several papers and article in several publication and spoken in several international venues in the topics of OT and ICS cyber security.